Does MS Office have a Future on Tablets?

Tech giant Microsoft’s ‘Surface’ line of tablets have been off to a bumpy start to say the least. The tablet has faced heavy criticism; that it’s expensive and non-intuitive, not to mention the widespread dislike of Windows 8.1. Considering the way the business sphere is beginning to lean towards BYOD environments, cloud computing and remote workers, the rocky start must have rang warning bells for MS. The Surface wasn’t just their foray into the tablet market; it was also their platform for launching MS Office for tablets. Fortunately for businesses, there are still options for using Office on tablets. Most notably through Microsoft’s key competitor, Apple, and the iPad.

What Do Tablets Do For My Business?

To put it simply, tablets give you:

Tablets can have a tremendous impact on your business, both in terms of mobility, costing and flexible workers. Being able to connect with your workers using data, easy to transport, long-lived tablets as they deal with clients and customers, can have a tremendous impact on management and the business as a whole. Add to that the relative cost of a tablet when compared to a laptop; not to mention the very small amount of space the tablet takes up on a conventional workspace, and you’ve got a business device with a huge amount of potential. Pair all of that with a centralized cloud storage system, and you never have to worry about remote workers feeling disconnected from the office again.

Unlike Microsoft’s Surface, Apple has seen their tablet range become one of the most popular tablets for businesses looking to implement such devices into their workflow. The one disadvantage of the iPad was that, unless a business was already operating on Mac desktops and laptops, there was no obvious program to work with on the iPad that was easily compatible with MS Office.

There are plenty of third party apps that make it possible to transfer information from the iPad to Office, or indeed that just save in the same format. However, they came with the security concerns that often attach themselves to third party programs. There’s no doubt however, that Microsoft was aware of these third party apps, and wanted to keep them from becoming too popular.

Microsoft made a billion dollars

off of their Office 365 service this year alone. There’s absolutely no way they want to lose that revenue stream. That’s why a lot of focus has been turned onto the new MS Office for iPad, and on the whole, it’s pretty good

. Microsoft want to take a big chunk out of the Apple pie when it comes to tablets, that’s for sure, but they want to keep their Office revenue more. So if you saw the problems with Office for the iPhone and were worried that the iPad version would be more of the same, think again. 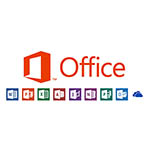 While Apple has been making some headway in getting their computers implemented in office spaces, Microsoft still has the edge. And that, more than anything, is the reason why MS Office still has a future in tablets. It’s the software that most employees are familiar and comfortable with. There’s an established workflow in place within most businesses and the disruption that switching to new software could cause cannot be underestimated. That’s why Microsoft’s decision to release an Office program for Apple that isn’t half-baked is a good thing; it opens up BYOD and remote working through the iPad without requiring you to invest in a costly cloud infrastructure and remote desktop functionality.

Further more, Microsoft’s latest subscription cloud offering, Office 365, includes access to the iPad apps in its subscription. So for businesses that have already invested in Office 365, Office for iPad should be a no-brainer. Of course, if your business is hesitant to use Apple products. Either because of cost or because they don’t necessarily gel with your media management system; there are still plenty of options for implementing Office on tablets without using an on-device app.

If you have the money to implement remote desktops, you should definitely be looking into it

. As well as all of the other benefits that come from having remote work functionality, hosted desktop offers:

Remote desktops also allow any users on tablets direct access to the software that Microsoft has honed and developed over decades. The iPad office app is good, but it has its niggles that the desktop version doesn’t. With remote desktop you can get straight to the business of working without worrying that problems are going to pop up halfway through a project, or that the functionality you need isn’t there yet.

Office Has a Future on Tablets 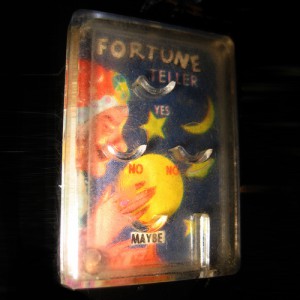 There’s no debating that a large chunk of Office’s appeal is the sheer number of people who use it every day, and the fact that it’s been the dominant work software for decades. While MS has been falling behind Apple and other hardware companies in recent times, its software is still some of the best out there. Pair that with new developments in cloud and there’s no reason to worry that a move to a more tablet-based workforce will leave you scrambling to find new software.

Microsoft knows how important Office is to its continued success, and any future versions of its software for tablet should only get better. So if you’re curious about using tablets in your business, don’t let any concerns about Office hold you back.