Even if you’re not a fully dedicated developer, custom scripts and code snippets often come in handy for administrative and maintenance tasks. Coding in various languages is part of the background of many system administrators. But for those unfamiliar with programming code—or those wishing to use unfamiliar languages for specific tasks or dependencies—we’ve assembled a list of the top seven websites where visitors can learn coding for free.

The Value of Scripts and Code

Network engineers and administrators have a number of software utilities and online services to choose from when it comes to performing routine tasks or executing various processes. But these tools don’t always have the capacity to cope with the finer aspects of immediate problems, and they may not provide the functionality required for automating the specific and repetitive tasks that a particular system or network has to deal with.

in being able to create simple scripts or snippets of code to create on-the-spot workarounds and shortcuts, or to automate their data aggregation processes.

As mobile platforms and cloud services demand greater agility from business IT organizations, network professionals have turned to software-defined networking (SDN) and other emerging initiatives aimed at streamlining their operations. However, these technologies are relatively immature, and much of the work of network administration still relies on rudimentary and hardware-based tools and methods. Many of these network management tools still rely on legacy protocols

like SNMP and lack the versatility required to port information or functionality to other platforms.

Moreover, many network management tools are proprietary, support only a single vendor, and lack scalability and reliability. To compensate for their shortcomings, administrators may be forced to expand the capabilities of these tools by writing scripts in TCL, Perl, Python, or other languages.

For those who don’t have a programming background, learning to code and create scripts requires external resources and education, both of which may cost the organization time and money. As an alternative, there are several websites offering facilities

to learn coding at the user’s own pace—and at zero cost. Here are seven of the best: 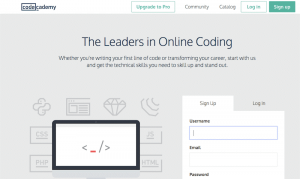 With a past student body of over 24 million people, Code Academy offers a range of courses covering the spectrum from introductory programming through to advanced programming languages. The site currently hosts more than 300 million hours of free coding content, and uses an interactive learning approach that allows students to apply what they’ve just learned in practical exercises.

The core curriculum focuses on HTML, JavaScript, CSS, jQuery, PHP, Python, or Ruby, but other options are also available.

As its name suggests, Free Code Camp takes a community-based approach to teaching programming and provides students with the chance to learn coding through participating in various challenges and forming real-life relationships with their peers. An archive of programming tutorials and courses is available to help learners complete each challenge.

HTML5, CSS3, JavaScript, Node.js, React.js, D3.js, Databases, Git, and Github are among the language courses and skill-sets available. Practical experience is provided through exercises, giving students the chance to script tradable projects and to write code for non-profit organizations.

The site’s community forum facilitates interaction between course participants, and there are opportunities for real-world meetings with fellow coders who live in your area. 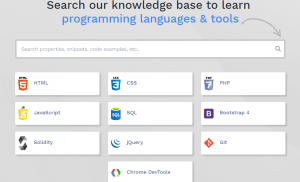 The BitDegree website offers standard online courses and “gamified” courses, which provide free training in programming and game development. Among the most popular languages on offer are HTML, CSS, PHP, JavaScript, SQL, and jQuery.

The “gamification” element of certain courses takes the form of points systems, reward-based challenges, and interactivity, used as incentives for learners to engage with the material. The website also incorporates blockchain technology into the education process as the secure foundation for a rewards and achievement system that helps businesses recruit technology talent and measure course success.

With a network of over five million students, edX is a massive open-source higher education learning platform. Coding is offered under its Computer Science category and includes free courses in languages and skills such as mobile app development, HTML, CSS, Java, jQuery, C++, C#, Python, and SQL. 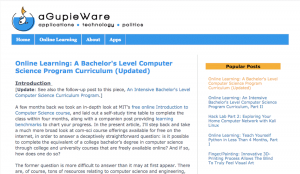 aGupieWare is a free online learning resource based on fifteen different courses that are further broken down into three introductory classes, seven core classes, and five electives. The curriculum derives from programming and IT courses offered by the universities of MIT, Carnegie Mellon, Berkeley, Stanford, and Columbia. And the course content covers areas including Computer Science, Swift programming, Security testing, Python, Linux, and Hacking. 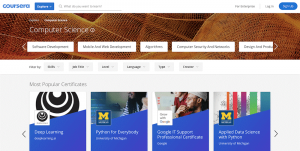 One of the world’s leading platforms for electronic learning (or eLearning), Coursera calls upon the services of professors at leading universities to provide coding-based courses, tutorials, and associated resources. There are hundreds of different course options available, all of which are free of charge. But you can pay a fee to achieve professional certification, in any given one.

An Introduction to programming, Python, Java, HTML, CSS, C, and IoT (Internet of Things) programming are popular offerings on the site.

Finally, if you’re looking for tuition “directly from the source”, The OpenCourseWare Initiative is a resource that brings all of MIT’s undergraduate and graduate courses online. It’s freely available to everyone—no need to gain admission to the prestigious university!

In an economic environment where a little programming knowledge can go a long way toward advancing their careers, network professionals can call upon online platforms like those described above to learn the coding skills necessary to construct time and money-saving scripts and code to supplement their existing resources.