The Top 10 Worst Jobs in IT 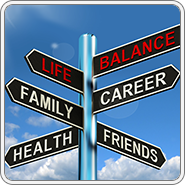 It’s not all air-conditioned studios, lattes, and 6 figure salaries, in the world of IT. Some of the work involved with information technology – especially at the support end – can be mind-numbing, badly paid, and often dangerous.

conducted a review of the worst jobs in the technology sector. Its findings uncovered bad jobs in various fields, such as manufacturing, management, technical support, service industries, and retail.

have examined the issue. In 2015, though IT is a high-profile glamour industry that’s often highly-paid, there are still positions where workers are exposed to physical risk, pollutants, and psychological distress.

Here’s your list of the ten lowest-ranking jobs in information technology this year:

You may remember that recent case in China, where several workers at a plant assembling goods for Apple committed suicide. This was mainly due to stress, jacked up to fatal levels by management’s push to deliver top-notch products at unreasonable deadlines.

Stress is just one factor in the big names’ rush to bring new mobile phones and tablets to the market. Workers for the likes of HP, Dell, and Samsung have made allegations of poor conditions and even radiation exposure in certain locations. 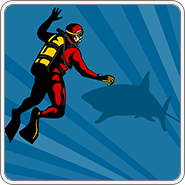 Though some of the workload is shared by human-guided robots, real people have to transport and haul these cables before they are laid and buried in the middle of the ocean.

With submerged cables still providing about 99% of the world’s infrastructure, maintenance of these lines is critical. If a failure or accident occurs, it’s human beings who have to dive down to make the repairs. Flotsam, jetsam, underwater earthquakes and all.

According to InfoWorld, the chief executive of the Occupational Safety and Health Administration in the USA rated this the nation’s most hazardous job, 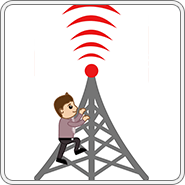 with mortality rates among tower climbers 10 times that of the construction industry.

Towers can be up to 2,000 feet (about 160 meters) high, and more are being erected each year, as mobile phone services proliferate.

Low pay, long hours, and little formal training await those prepared to take on the risk of helping keep those services coming.

Away from the desktop hardware and software, these technicians are charged with lugging around the cables and equipment needed to effect repairs to networks at ground level. Which can mean basements, tunnels, and attics.

Those who work for the armed services have the added joy of performing these troubleshooting operations in active or potential war zones.

Material often classified as electronic waste (e-waste) in Europe and America can wind up in developing countries, where manual workers bash and strip it down for valuable components and minerals. This means flying glass, exposure to toxic chemicals and other hazardous substances as monitors, drives, and circuit boards are being salvaged. 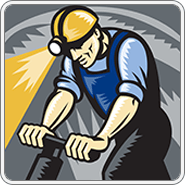 Substances like gold, coltan, tungsten, and tantalum are used in the manufacture of electronic goods and mobile phones. These valuable materials can be obtained from mineral deposits in places like the eastern Democratic Republic of the Congo. Active conflict zones, in other words.

Men, women, and children there try to literally scratch out a living from deposits in mountains and streams, as armed groups rampage around them. The militias use these so-called “conflict minerals” as a valuable source of revenue.

Not the fun stuff like rating websites or the latest films. These workers vet material on social media, video, and photo-sharing websites for the worst content imaginable: child pornography and abuse, hate crimes, violence, executions, and so on.

It’s a thankless task, and no amount of pay can truly compensate for it, and some employers include psychological counseling as part of the package. 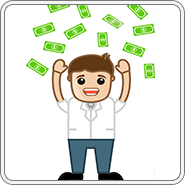 Yes, you read that correctly. Seen by many as the cushiest of IT office jobs (with pay packet to match), SysAdmin Network Tools professionals often moan about having to keep odd hours, and perform tasks outside their official remit.

In small to medium-sized enterprises, administrators may be called upon to keep equipment clean and functional – no matter what it takes.

Help Desk / Technical Support staff have the same complaints. Like SysAdmins, these workers are considered by other sources to be amongst the top 10 best jobs in IT. You say tomato…

Besides the obvious risks attached to construction work, those who erect telecommunications infrastructure in certain parts of the globe must contend with other factors. Though figures are hard to confirm, at least five people employed by private contractors in Iraq and Afghanistan have been killed during the ongoing conflict there. 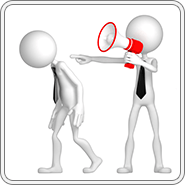 Customer service isn’t easy to do well. And when you’re working for a company that may be lagging behind the pack in terms of cutting edge products or media popularity, the job can be harder still.

That’s why workers at chains like RadioShack, generic online “retail fulfillment” centers, and even the Microsoft store rank among the industry’s least satisfied.

The Turks are Amazon employees. Named after an 18th-century chess device, which was manipulated by human handlers, these modern-day Turks spend hours at the keyboard, inputting data from surveys and the like for paltry sums.

If these elements make up part of a job description, it may not be the career for you:

Chances are there’s something better out there. All you have to do is look.

Have any personal experience doing any of these jobs? Chime in below and tell us about it!