Is Blockchain a Permanent Fixture in the IT Industry?

In essence, the nature of business comes down to different companies exchanging value with supplier, partners, and customers. By “value”, we mean goods, services, money, and data. This is the fundamental basis of any business and it has to do this effectively in order to make a profit and survive.

Each exchange is a transaction. For a transaction to be successful, it needs to be fast, exact, and agreed upon by both parties that are taking part in the business exchange. This is where Blockchain has the potential to come in. Blockchain provides a way to effectively execute many more transactions quickly and securely, potentially meaning larger profits for the business.

However, in our technologically-advanced world, there are now many different challenges facing blockchain. Many investors promise that it will be something that can positively revolutionize many areas of day-to-day life, including banking and voting. But blockchain technology still has a long way to go before it can reach its true potential.

This week’s post looks at some of the most pressing challenges that blockchain is facing right now, if the technology will be able to stand up to them, and if, indeed, blockchain is here to stay.

How Does Blockchain Work?

Ever since the Bitcoin phenomenon took the financial world by storm, blockchain has been a hot topic in many circles.

Blockchain makes cryptocurrencies such as Bitcoin and Ethereum possible. The technology essentially consists of a decentralized public ledger that keeps a record of all steps in a transactional process in which any manipulation of the data is made immediately apparent to all parties. Blockchain’s main selling points are its lack of a central authority (such as a bank), its security in spite of this, and its transparency.

Those last two points, security and transparency, make blockchain attractive to companies operating outside of the finance industry, and many are now starting to posit ways to use it to make their own businesses more secure and transparent.

Each block of data in the chain represents a single step in the transaction and is marked by a complex alphanumeric key known as a hash. The hash contains information about the current block and all the preceding ones. Should anyone attempt to manipulate the data, it will cause significant and immediately-apparent change to the hash.

It’s this transparency which gives blockchain its security and what makes the technology appealing to so many organizations across a range of industries.

Still, there are many challenges standing in the way of blockchain becoming mainstream in the business world.

With blockchain being a new field of technology, there are not very many talented enterprise-level software developers who actually understand what blockchaining is and how to do it well. This is something that limits many companies from being able to develop engaging and transformative blockchain-based applications. 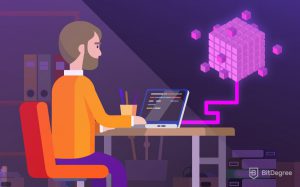 Janco Associates CEO M. Victor Janulaitis. “There is a skills shortage. Some projects are missing key early benchmark dates due to lack of staffing. Many blockchain and ERP positions remain unfilled, and some organizations are seeing an increase in attrition rates for those positions.”

Computerworld reports that in 2018, total job openings for blockchain skills grew to 12,006, according to job data analytics firm Burning Glass Technologies – a growth rate of 316%. If blockchain really is going to revolutionize our lives and businesses, these positions need to be filled and fast.

A frequently noted criticism of blockchain technology is the fact that it relies on intensive computing power and requires a lot of electricity in order to run efficiently. Blockchain uses huge computer rigs with multiple servers to keep the network ticking over, and this doesn’t come cheap. 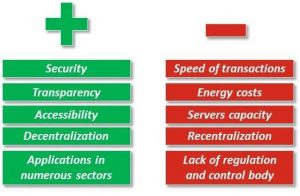 Businesses have to decide whether or not the expenses that come with using blockchain technology is worth it. If blockchain is acting as a drain on the company’s budget, then is it worth them continuing to use it? Many companies are finding cheaper alternatives, which is forcing blockchain out of the bigger picture, once more begging the question: Is blockchain here to stay?

The anonymous nature of blockchain technology is something that appeals to cybercriminals and hackers. The nature of the network that blockchain is based on is decentralized, which means that no one knows your true identity.

This becomes particularly problematic when blockchain is used to make business transactions that include money and people’s personal data.

This is making leaders think twice before using the system for their business. With such a negative reputation attached to blockchain, it is only natural for reputable businesses to want to try and avoid being associated with it, and they of course don’t want to open themselves up to the potential of having money or information stolen.

Blockchain is something that has the potential to be extremely influential in both the public and private sector, but big question marks still hang over it. If these aren’t answered soon, it could mean that the technology will soon become a relic of the past.