How Has Technology Improved Through The Years? 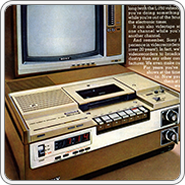 Remember Betamax? For a brief few seconds, back in the 1980s, this radical tech displaced VHS as the format of choice for videotapes.

Time marches on, and technology marches with it. Old techniques and equipment become obsolete – especially in the digital arena.

Let’s take a look at some things that have changed, now. 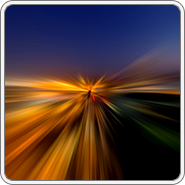 When the co-founder of Intel Gordon Moore, observed in 1965, that every year since their invention, the number of transistors on an integrated circuit had doubled (and would continue to do so), technologists embraced this as a new tenet: Moore’s Law. In IT terms, this now translates to a doubling of overall computing capacity every 10 months.

Otherwise intelligent people spout this constantly, as an explanation for everything.

The Law should be taken with a pinch of salt. In their “Statistical Basis for Predicting Technological Progress”, Authors

Béla Nagy, J. Doyne Farmer, Quan M. Bui, and Jessika E. Trancik point out that, while Moore’s Law predictions successfully track the scale of development in the technology of beer making and offshore pipelines, ideas originally put forward by the Wright brothers in 1906 for aircraft equally apply to the growth of computer technologies.

is by no means a Biblical truth, but there are statistics, to justify it. For example:

On the ground this has greatly influenced the way we do things, and how we live. 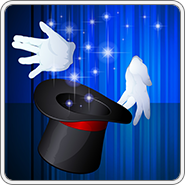 As the mainframe shrank from the size of a warehouse to that of a large fridge, desktop PCs have given way to laptops and tablets. Touchscreens, electronic paper (e-paper, and the evolution of the mobile phone have put serious computing power into smaller and smaller packages. Wearable technologies and the Internet of Things (IoT) will only add to this shrinking process.

At the start of the 21st century, only a select few had broadband access. Cost-prohibitive leased lines or the slightly less expensive integrated services digital network (ISDN) were the main options, for businesses.

Today, broadband is common (even in homes), and virtual private networks (VPNs) are used to connect mobile workforces and geographically dispersed offices.

Fast and reliable Internet access is now allowing consumer goods to be connected in the aforementioned Internet of Things.

With escalating amounts of data and applications stored and Monitoring in the Cloud, there may come a time soon when local storage can be done away with entirely.

More, on The Cloud

The move to Web-based applications began around 10 years ago

, when popular database and contact management solutions switched from desktop client software distributions to Web servers that could feed the client through your browser.

All kinds of office entertainment and miscellaneous software have since become available via the Internet. Much of it is freeware and/or open source, allowing independent developers to contribute to the evolution of a product.

The recent proliferation of cloud-based hosting services and client applications is also contributing to the greater freedom now enjoyed by organizations and their employees, in being able to work from anywhere, at any time. 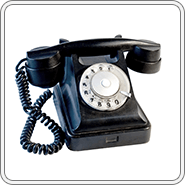 Telecommunications have come a long way. When the telephone was first invented, its use was restricted to a single building where the equipment was housed. For a long time, installations were constrained by the wires and junction boxes of a location whose phone number you had to have, to be able to find a person living in it.

Cordless phones (which you couldn’t use, outside the house) evolved into the first mobiles – chunky bricks of plastic and metal, sporting long antennas, which hipsters used during the late 1980s and early 1990s. Better than walkie talkies – but only just.

Public pay telephones still exist (and so do fax machines

), but it’s all about mobile now. Stylish little handsets that are essentially miniature computers, phones incorporate Internet access (and all that entails), productivity applications, location tracking, timekeeping, and anything else you can produce an app, for.

It’s Not All Work… 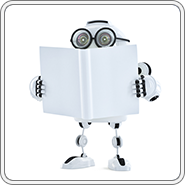 Streaming media, video-sharing sites and mobile technology are changing the face and voice of entertainment. Content is available on-demand (for the right fee of course), budding stars can upload their own films and music to the Web, and there’s increasing scope for viewer-responsive programming and collaboration.

And high-resolution imagery and sound are making it all available on bigger and better home screens, and on smaller and sharper ones, for mobile.

Progress never ends – we hope. As years go by, the sum of our knowledge grows, new techniques and areas of expertise emerge, and our technologies evolve. It might not be possible to accurately predict the timing, but change of one kind or another is inevitable.