It’s been almost a year since the robot Sophia

was granted Saudi Arabian citizenship, and artificial intelligence continues to spawn new, often life-changing, developments. AI now has a place in our cars, our phones, and even our homes. Here’s a quick look at some of the incredible things AI has already given us and what we could look forward to as our understanding of the technology develops. 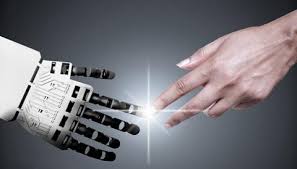 The minds behind Instagram are using AI to crack down on cyber bullying. They have already had success in isolating bullying language in captions and messages.

However, by developing machine-learning software that can recognize harassing behavior, images can now be monitored and reported for abuse. They are even adding a “kindness filter” that will automatically caption images with heart-warming messages.

Smart assistants like Alexa and Google are now fairly commonplace in homes, with the ability to be integrated into lighting, heating, and entertainment systems, all controllable by voice. These systems remember each interaction and look for patterns in our requests in order to suggest new ways to streamline our lives.

Thanks to IBM and the German Space Agency, astronauts on the International Space Station (ISS) have their own personal assistant: CIMON (Crew Interactive Mobile CompanioN). The AI is housed in a small, round robot that has the ability to “fly” around the station using a unique propulsion system. It is able to converse with all of the people aboard—identifying each person it speaks to using face recognition technology—but it has been designed to primarily assist Commander Alexander Gerst in his daily tasks.

You may have already listened to a song that an AI helped to write. You may also have heard of Watson, an artificial intelligence created by IBM. Although it has a wide range of applications, it specializes in data processing, which is how it came to be involved in the music industry.

In 2016, Alex Da Kid released the song “Not Easy”, which reached number four on the iTunes charts within 48 hours. What made this song unusual was that it was produced in collaboration with IBM, who had their Watson BEAT

system analyze five years’ worth of data to find a significant cultural theme that Alex could use in his song.

With Watson’s devised theme of heartbreak as Alex’s inspiration, the AI then analyzed the beats, rhythms, and melodies of popular songs, giving the songwriter a better idea of how the song should sound. Alex Da Kid, already being a successful music producer, then had ample material to create an instant hit.

Scientists predict catastrophic consequences if the Earth’s temperatures rise by another 1.5o C. To help us avoid this, developers are finding new ways to utilize AI and its ability to process vast amounts of historical data. AI will be fed weather data going back decades in the hopes that it will spot trends and make predictions for the future. By anticipating weather changes and events like earthquakes and tsunamis, AI can help us to pinpoint any human impact that needs to be reduced in order to keep us, and the planet, safe.

As it lacks the accountability of a human conscience, the use of AI in areas such as medicine and law is still strictly limited. However, promising new developments such as utilizing AI in cancer diagnoses could allow us to combine the speed of a computer system with the accuracy of an expert clinician.

DeepMind Health is also working with radiotherapists in London to segment medical scans for head and neck cancers. Typically a time-consuming task that is essential for planning radiotherapy treatment, the use of AI could speed up the process radically, leaving the radiotherapists with more time to treat patients.

Clothing factories in Southeast Asia are experimenting with automated sewing machines designed to aid, not replace, human workers. The employees are being trained in the installation and maintenance of the machines, which in turn take over some of the more dangerous tasks. This follows a series of tragedies that took place in clothing factories in Bangladesh, which prompted fashion companies to reconsider their manufacturing processes.

As well as taking on some of the manual work, AI has even been used in fashion design

. Amazon developers from San Francisco created an algorithm that examines images of clothes and produces new designs in similar styles.

The Curiosity rover has been traversing the plains of Mars since its launch in 2011. In that time, the information it has passed back to Earth has been invaluable in helping us understand the red planet’s history. To keep itself going without human intervention, the rover was equipped with machine learning and self-diagnostic systems so that it could monitor its own temperature and power. 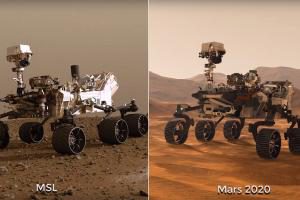 In 2020, a new rover will be launched to Mars with the intention of further probing the planet for organics. The rover will be equipped with new cameras and communication systems so that we can see first-hand its descent and arrival on Mars. This will include even more advanced AI in the rover itself, as well as an autonomous flying drone to capture aerial images and video.