Perhaps the worst thing about failed technologies is their unrealized potential. Often a tech product fails because of a fickle consumer base or bad design from its creative team. However the fact remains – not everything can make it regardless of how beneficial it could be.

It often seems that a product can only do as well as the audience (or consumer) lets it. It doesn’t always function to its most advanced variant. According to Annette Smith

, director at the British Science Association:

“The fascinating aspect of these innovations is that they depend on people for their development – we could travel on Concorde at supersonic speeds back in 1976, for example, but the way forward was to travel slower on bigger planes.”

Let’s consider then some technologies that could have changed the world but didn’t. It’s like considering an alternate universe; one where the Dreamcast beat out the Playstation and IBM didn’t lose out to Microsoft. 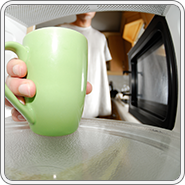 Okay, so this isn’t technically a product that failed but it is one that never managed to fulfill its inherent promise. The Microwave oven was supposed to change our lives completely and remove us from our dependence on old fashioned and time-consuming cooking.

That didn’t quite happen and our new technology for the approaching nuclear age became an addition to our kitchen – not a replacement. The Microwave oven became known for hot plates and cold food, for an inability to work with metal and an unpleasant association with cheap super market ready meals. 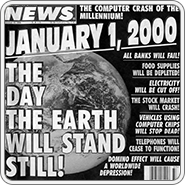 As the year 2000 approached many people grew fearful about what it would mean for their lives. Apparently computers hadn’t been programmed correctly and no one was prepared for the advent of the new millennium. In retrospect it all seems a little bit simplistic, but at the time the year 2000 seemed to promise financial degradation, falling airplanes, power cuts and general chaos.

The worry when it came to global computer systems stemmed from the fact that most digital platforms were only programmed to work with years with two digits. Arguably what could have happened was that computer clocks would have been reset plunging us into a collective dark age.

This of course didn’t happen but many companies and governments spent billions attempting to upgrade computer systems. Ironically countries that didn’t spend anything at all performed just as well as those that spent vast amounts of money, time and resources. 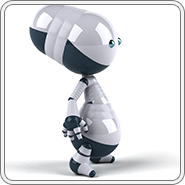 We’ve had a long fascination with the idea of robots. They seem to promise an easier existence and one where the daily tiring effort of chores and work is lessened. Robots in the domestic setting have been a utopian ideal but one that has yet to materialize.

Currently robots are finding ‘jobs’ in military settings. Unmanned drones are routinely used all over the world but they still have to be controlled (albeit remotely) by humans. The domesticated humanoid ‘butler’ promised by numerous science fiction novelists is nowhere to be seen. 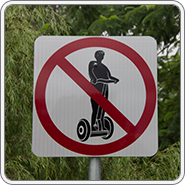 This was something with an exciting inherent futuristic promise. The Segway was billed by Steve Jobs as a technology that would do better than the PC. This obviously never manifested in reality and the Segway is fast becoming an archaic and forgotten piece of technology.

Segways could travel at 13mph but this prevented them from being driven on pavements. They were also too slow for roads and this left consumers with the impossible task of finding somewhere to ride them. Far from being an invention that increased convenience it instead became a hindrance.

Then in 2003 Segway was forced to recall its devices (numbering 6,000 at this point) because users were falling off the machine when the battery was low. This resulted in injuries and Segway lost its initial investment money.

Since then the technology has bounced back but it has never quite reached the early hype surrounding the machine. 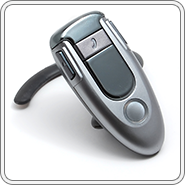 In the late 1990s the Bluetooth headset started to become a ubiquitous fashion accessory. It promised easier access to your phone calls and a hands free experience. However the increased functionality was minimal to say the least.

Bluetooth headsets for any uninitiated readers were tiny earpieces that allowed a wearer to connect calls from a phone in your pocket to a radio in your ear. They also made people look pretty stupid.

Technologies come and go and some stay with us for some time. Apple has often marketed its products well and chosen its direction with a degree of business savvy. That’s not the case for the inventions and innovations mentioned above. Often technologies are designed to make our lives better and more convenient but for a product to do well it has to be integrated (and often slowly) into a user’s life.