Thinking of becoming a DevOps Manager? 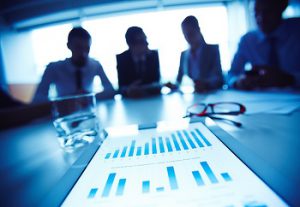 The emergence of Dev Ops Managers as a distinct role is a relatively new one. The term DevOps

was first coined in 2009 by Patrick Debois, who became one of its chief proponents. Since then, the role of the DevOps Manager has evolved significantly.

So what exactly is a DevOps Manager?

Simply put, DevOps is a combination of software development and operations—and as its name suggests, it’s a melding of these two disciplines in order to emphasise communication, collaboration, and cohesion between the traditionally separate developer and IT operations teams.

Rather than seeing these as two distinct groups who are responsible for their specific tasks but don’t really work together, the DevOps methodology recognises the interdependence of the two groups. By integrating these functions as one team or department, DevOps helps an organisation deploy software more frequently, while maintaining service stability and gaining the speed necessary for more innovation.

As a DevOps manager, you’ll need to work with both teams to manage this relationship, creating an environment of effective communication, information sharing and collaboration to maximise both teams’ outputs.

What skills will I need to become a DevOps Manager

. Let’s take a look at the technical skills you’ll require, as these will be essential in securing and succeeding in a DevOps role.

2. You’ll need to be familiar with modern software architecture

You’ll need to have a good overview of modern software architecture. This includes cloud deployment and administration as well as distributed systems. DevOps Managers will need to familiarise themselves with cloud instances and services, as well as lower-level software infrastructure such as Linux distributions and databases when deployed in a cloud.

3. You’ll need to be confident in managing security incident responses

Security and safety in the new DevOps environment needs to embrace new ways of addressing security and QA. You should be able to lead a team during an incident and work with the team to evaluate your security processes. You’ll also need to work with your team to develop more relevant and effective methods which are suitable for the complex infrastructure environments you’ll be managing.

Soft skills which are desirable for a DevOps role

Possibly one of the most often cited soft skills for virtually any role, as a DevOps manager it is vital that you are a confident, empathetic and effective communicator. At times you and your team will be under immense pressure and you will need to ensure that you can communicate and give instructions clearly whilst understanding the pressure your team might be feeling.

2. You’ll need to bring new collaboration techniques to the table

The willingness to make changes and to evaluate alternate options is key to DevOps. At times, projects are going to fail, and as a manager you’ll often need to be accountable for that failure. Be willing to accept the situation when things don’t go as planned and don’t be afraid to change your mind and look for better options.

So, I have all the skills, how can I find and apply for a job as a DevOps Manager?

There are a number of ways you can go about sourcing and applying for an appropriate DevOps Management Role. The big players

on social media can be a wealth of information and advice on where to look and how to tackle the application process, and also offer a wealth of insight into the different roles within the DevOps environment. Lastly, once you’ve secured an interview, there are a variety of webinars

available which can help clue you in on the current hot topics in DevOps and help you stand out from the field.

We’ve outlined the main duties of a DevOps manager, covered the skills you’ll need and highlighted further sources of information. Now it’s down to you – arm yourself with all the facts and figures, prepare and check your application thoroughly and don’t forget to brush up on your interview technique. Good luck!