Does Wearable Tech Have a Future? 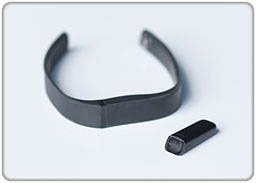 Wearables are definitely popular. Riding on the back of western society’s fascination with health, companies like Fitbit and Nike have made an impressive number of sales from their wearable fitness trackers.

In the first quarter of this year 2.7 million wearable bands were shipped worldwide. Of those 2.7 million, half were Fitbit products

. This is a ridiculous statistic, showing Fitbit’s domination of what is still a very new market. Despite this domination however, wearable tech companies are still popping up all over the place.

So, is wearable tech a fad? Or is it here to stay?

The emphatic response from the technology community is that wearable tech isn’t going anywhere. But there’s a definite divide in opinion when it comes to the way in which wearable tech will manifest. Right now, wearables are still a niche item, and plenty of companies are looking for ways to expand out of that niche and into the mainstream.

As Fitbit has already proved with its rampant success, one of the best areas to spread wearable love is in the health sector. People want to be able to track their successes, whether those are weight loss, faster times, or a healthier heartbeat. This has been a great boon for wearables, as they offer the best (read: easiest) way to track this kind of information. However, the success of this sector means that it’s now saturated with businesses trying to make it big and get noticed amongst the noise.

This isn’t where the next leap in wearable tech is going to be made.

Where to Wear It

One of the key difficulties facing wearable tech is point of application. An obvious spot for fitness wearables like the Fitbit when they were starting out was the pocket. After that, it was the wrist, and now we’re shooting for the face. However, as time has gone on, opposition to wearables has increased. 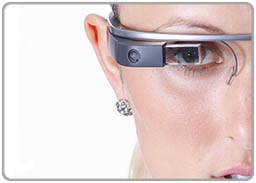 The issue here is, for me, the visibility of the technology. Despite the prevalence of technology in our current society, there is still a distinctly technophobic vibe present. As a result, the more visible a piece of technology is, the less likely we are to be accepting of it. Google recently put its Glass devices up for sale

to the general public, with lukewarm reception. Furthermore, while Glass was still in its ‘explorer’ stage, there were repeat instances of altercations where members of the public expressed discomfort with the presence of the device. This hostility towards obvious wearable tech may well explain the rising interest in smartwatches. 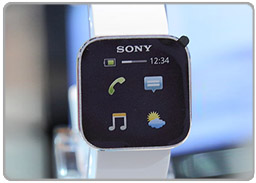 Perhaps heralded by wearable bands such as the Fitbix flex and Jawbone UP, smartwatches offer many of the features of your conventional smartphone, but makes them (somewhat) easily accessible to the user on their wrist. Samsung, Google and Apple have all stepped into smartwatches, along with crowd funding darling Pebble

and advanced health wearable the Basis

There is a real push to be the first success in the market, with Samsung’s Galaxy Gear making very few waves, despite being one of the first to market, and the Pebble having little success beyond its backers. It’s very much an area that nobody is entirely sure about. But of all the recent suggestions, the wrist seems the most popular place for smart wearables to go.

Once we’ve settled on a place to store our wearables however, the real question is what are we going to use them for? The area being hyped by most analysts to receive the greatest benefit from wearable technology is public and private healthcare.

The impact of wearable technology in healthcare is fascinating, and potentially revolutionary. Technology has already had a huge impact on the way the health sector works. With crowdsourced medical questions, electric records and digital connection to medical professionals, people are more connected to health services. Wearable tech has the potential to bring the world of medicine even closer to the world of the average citizen.

The increasing adoption of health-based wearable technology means that doctors have access to immediate information when you visit them. If I’m not sleeping well, I can show them a chart of my sleep patterns, combined with a list of what food I ate over the past week and also how active I’ve been in terms of steps taken, active minutes and activity throughout the day. This kind of information has always been anecdotal before now, meaning that doctors were always operating slightly in the dark when talking about subjects such as personal activity.

Wearable technology can also be a great motivator for patients. Doctors could potentially use wearable technology to gamify the tedious elements of personal healthcare. Offering rewards and encouragement to those who stay up-to-date with their medication or health check-ups. Beyond gamification though, wearable tech has the potential to completely change the way that patients are monitored. 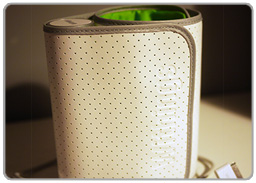 It sounds insidious in the light of NSA leaks and Edward Snowden, but remote monitoring can be a great boon from a medical standpoint. Think first of simple Wi-Fi enabled scales like those offered by Withings

and Aria. These are tools that not only perform their key function, but also document that data on attractive graphs for consideration by both you and your doctor.

Beyond these there are more specialized devices like Withings’ blood pressure monitor, which connects to your smartphone to record and compare your blood pressure. In fact, for those interested in improving their health monitoring Withings whole website

is worth checking out. And they’re not alone, there are loads of companies popping up in the same area because the healthcare field has expressed such an interest in wearables.

Wearable tech should also democratize personal healthcare. There will be less of a waiting list for simple tests like blood pressure and standing hand rate, meaning that people will be able to achieve peace of mind faster, and healthcare professionals will be freed up to work on pressing cases instead of performing roles that can be completed at home.

point towards healthcare being the logical next step for wearable technology. It’s a personal area, with little need for flashy or obvious use. Instead it can be implemented privately and efficiently to improve quality of life. Exactly the kinds of thing a connected life is meant to encourage. Hopefully this year we’ll see huge leaps in wearable health tech, and that in turn will lead to a broader acceptance of wearable technology in the world. 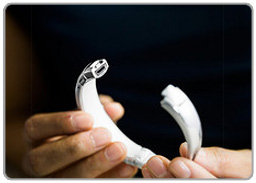 A recent PC World article said that Sony CEO Kazuo Hirai has said that it’s likely that devices will converge in the future and enable better wearable tech for gaming. It seems that the company wants to bring its image sensor and display technologies to wearables in order to make them stand out from the competition.

Wearables that work with other tech such as PS4 consoles “have a lot of potential to make it a more exciting ecosystem,” Hirai said. “It’s not just the wearable but it’s in fact an extension of a lot of the product experiences that we bring to consumers today.”

It’s the company’s strength in the technology sector that will allow it to become a player when it comes to wearables, as well as its “vast content assets”. Of course, Sony has already entered the market with the Smartband

, the first in the “SmartWear Experience” range that it’s thought will marry fitness and entertainment.

It seems that the company has some exciting stuff in the pipeline when it comes to wearable tech and gaming and this is something that will have many a PS enthusiast keeping an eye out.

All-in-all, there may be some consumer resistance to some aspects of wearable tech, but that’s really only been with regard to products such as Glass for the moment and that’s not so much about the technology as the potential privacy issues that surround it. This isn’t really any surprise, after all, Google hardly have the most reassuring track record, but is it enough to kill Glass before it’s even got out of the starting blocks?

I don’t think so, but then I’m a tech enthusiast and as such, would buy them anyway just for the sheer new-tech-novelty value. However, I don’t represent the majority as it seems that a huge 72% of Americans

wouldn’t buy Glass due to concerns surrounding privacy. The question is, is it the technology itself that’s being questioned, or the company?

Kerry is a published author and writer on all things tech, corporate tech, data centres, SEO, webdesign & more for some of the world's leading sites.